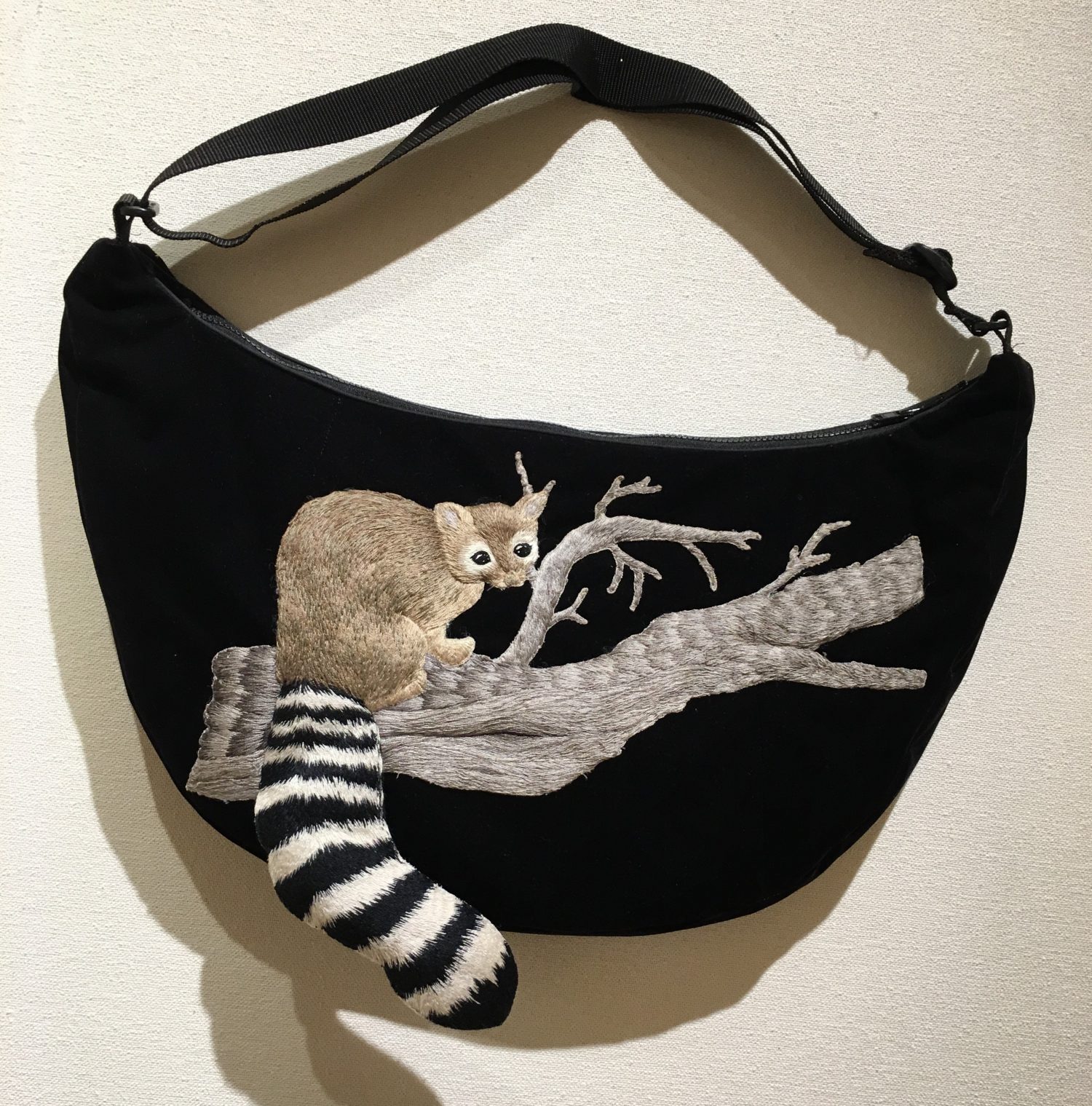 For bags that started to wear but whose embroidered animals were still in good condition, we removed and reused them in jackets or shoes. You can enjoy them for a long time. 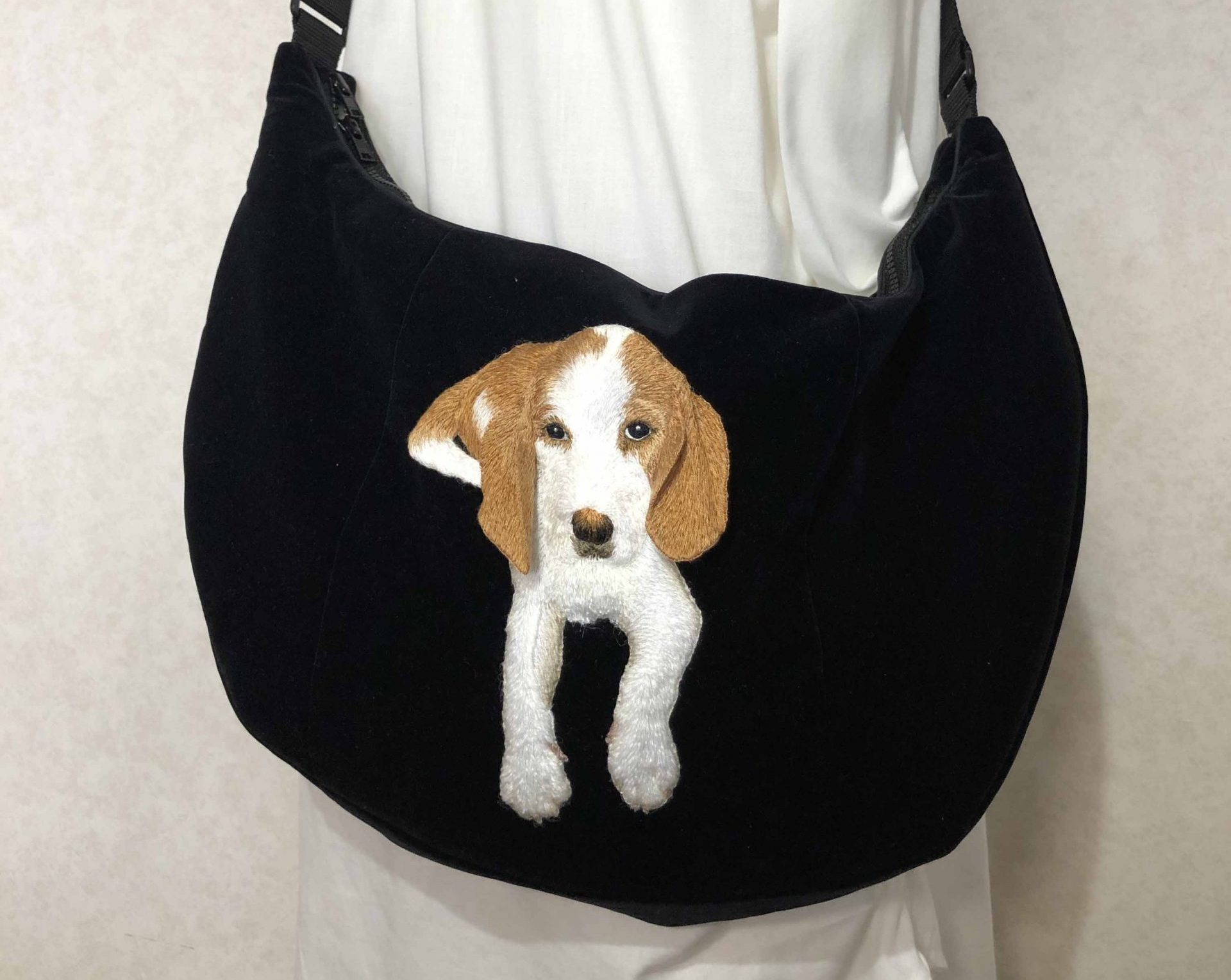 We made the bag set using the Double-Sided 3D Embroidery technique in 2020.

We made a shoulder bag with embroidered Ruchiru (Sayoko’s dog) on it. His ears, face, legs, body, and tail were separately embroidered, assembled, and sewn on the bag fabric, then the bag itself was sewn. We also made a tote bag on which digitized Ruchiru was printed. Iron-on transfers are used for the pochette and back side of the tote bag. When those bags become worn, you can remove and wash the works, then attach them to new items. 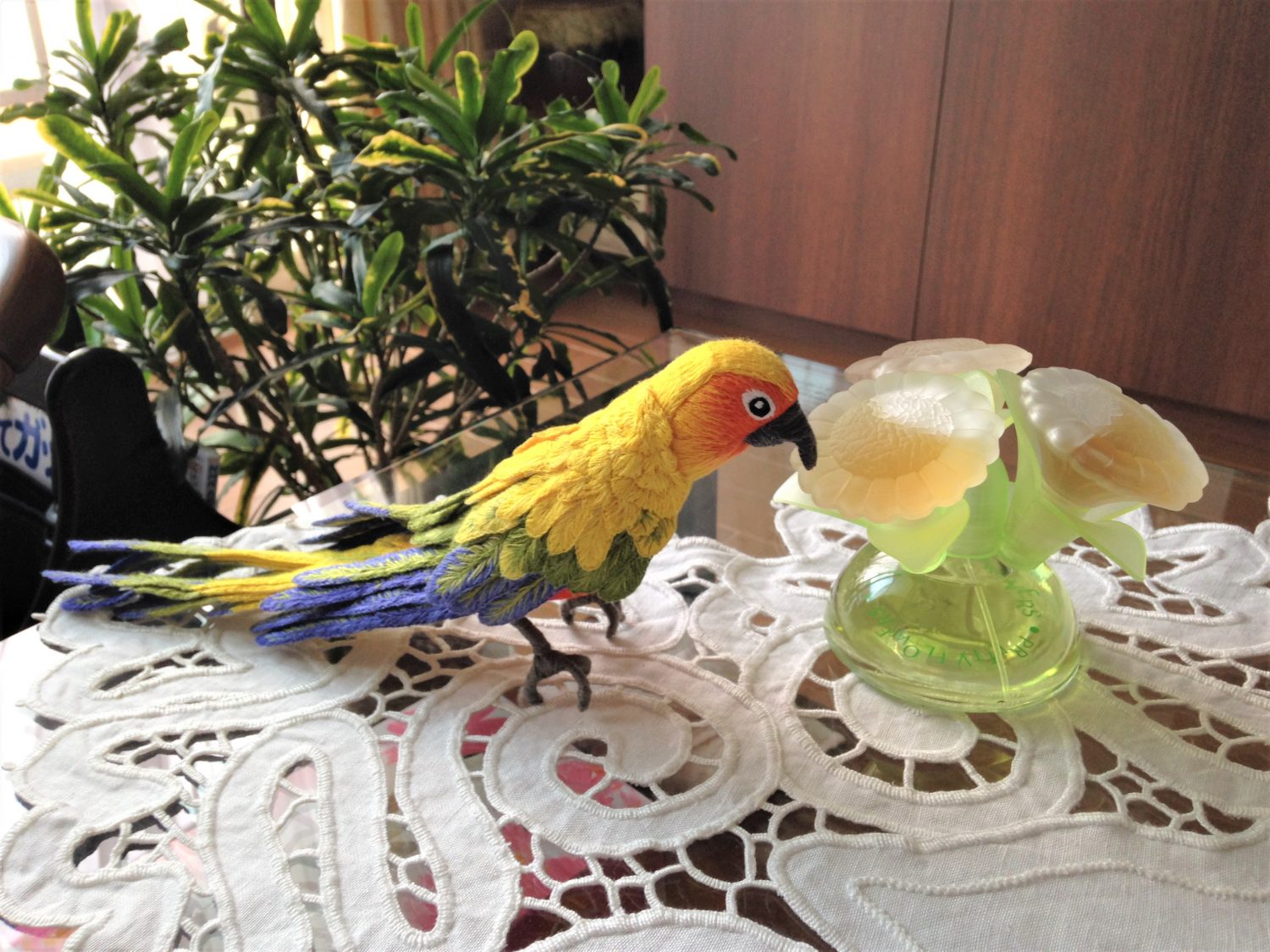 We made an adorable brace of sun parakeets.
Using threads with different shades, we reproduced their gradational wings. We stitched both inside and outside the spread wings of the parakeet to express its appearance of being about to take flight. Wires were used inside the wings, so their forms are also changeable.